What do you do when you see a mass of honeybees?

If you have swarming bees please call us immediately to catch the swarm before they establish a permanent hive in another location.

When a beehive gets too large for space they are inhabiting they will do something called “swarming.” When a hive swarms the old queen leaves with half of the existing hive to establish a new hive. The swarm will fly out of the old hive and they will often land in a “ball” while they search for a new location. This can be a very dramatic situation where there are thousands of bees flying around. While it seems very chaotic, while they are swarming bees are often very docile. They are not typically aggressive as long as you do not disturb the ball of bees once they have landed. The queen bee is in the heart of the ball while the “scout” bees are searching for a suitable location for their new hive to be built. The swarming bees will usually land in a location while they scout for a new location for up to three days.

This is the easiest and least invasive time for us to be able to capture the bees. Typically we are able to capture the majority of the bees with the queen by just placing a box below them and brushing them into the box, or by shaking them off of a branch into a box if this is where they have landed.

If you have a ball of bees on a tree, on a porch, on a statue, or on any other object, please call us immediately so we can come out and catch them before they leave to make a permanent hive inside of another structure. Once they find a suitable location to build their permanent hive the removal process becomes much more involved and invasive.

A few reasons why you should call us immediately when you have a swarm of bees on your property:

Before you try to spray a swarm with water, spray them with insecticide, call an exterminator or just wait for them to fly away, please give us a call. We can capture the swarm and place them in a hive where they will be cared for, and they can do what they do best; pollinate our food and flora! 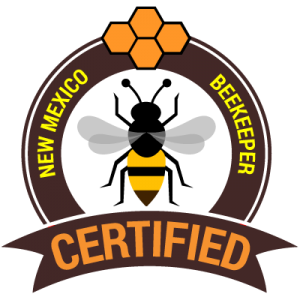 Other Bee Services are charged
Go to Top